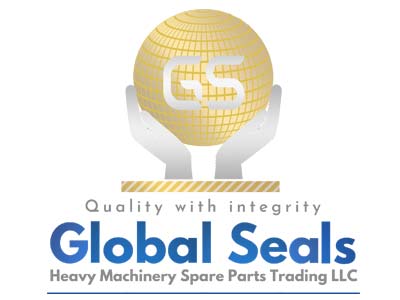 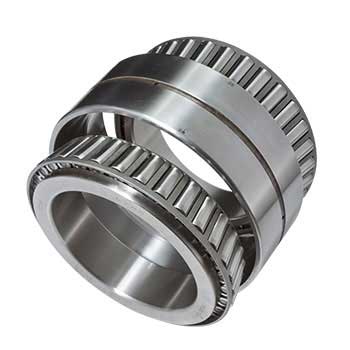 Tapered roller bearings use conical rollers that run on conical races. Both the inner and outer raceways are segments of cones and the rollers are also made with a taper. Unlike other roller bearings, they support both radial and axial loads, and are able to carry higher loads. The conical geometry of tapered roller bearings provide a larger contact patch, which allows greater loads to be carried as compared to spherical (ball) bearings.

The geometry ensures that the tangential speeds of the surfaces of each of the rollers are same as their raceways along the whole length of the contact patch and no differential scrubbing occurs. This greatly reduces rolling friction and avoids rapid wear. Taper roller bearings are used in the wheel bearings of most trucks, buses, cars, and so on. Due to manufacturing complexities, tapered roller bearings are generally more expensive than ball bearings.

Single row tapered roller bearings primarily carry combined loads which is main in radial, and tapered roller bearings with large tapered angle (27°-30°) primarily carry combined loads which is main in axial but nor pure axial loads. These bearings can limit axial displacement of shafts or housings in one direction. The inner and outer rings can be mounted respectively as separable structure, the other rings are interchangeable, and they are easy to mounted and dismounted. The radial and axial clearance can be adjusted during mounting or working, and also can be interference mounted to crease stiffness. The clearance has great influence on bearing performance. 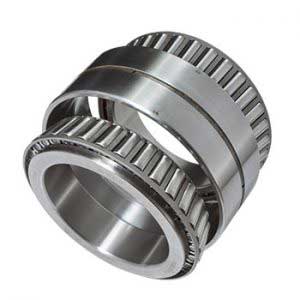 The double-row taper roller bearing is mainly used to support the combined load which is mianly consisted of radial load. It can restrict the axial displacement of the shaft or housing in the two directions and thus can be used as a bidirectional locating bearing.

Double row taper roller bearings have a small number of parts and high stiffness, and are easy to be mounted and dismounted, therefore, they are usually used in the applications with changes loads, such as decelerators and coiling machines. The radial and axial clearance can be adjusted by changing the width of spacer between two inner rings.

The four-row taper roller bearing is a most common radial roll bearing. A bearing with such structure has a high bearing capacity and can bear the combined load which is mainly consisted by the radial load. Its radial loading capacity is 2.5 -3.5 times that of a single-row bearing. It can bear both very high radial and axial loads. Compared to a four-row cylindrical roller bearing, it has a relatively low speed due to the restriction of its structure.

The four-row tapered roller bearing can bear axial loads in double directions, so it can be used as a bidirectional thrust bearing.

The four-row tapered roller bearings are mainly used in the working roll necks of hot or cold rolling mills, and roll neck of cogging mills. They usually clearance fit with roll necks to being mounted and dismouted conveniently.